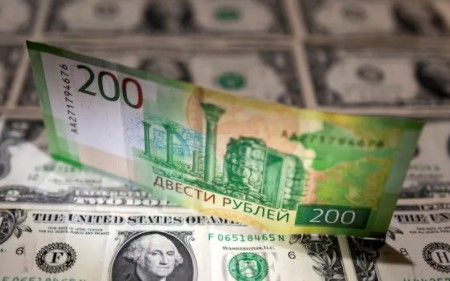 Russia said on Thursday morning that it had made the payment of debt obligations that were due to be repaid on Wednesday to avoid default, and a few hours later several sources consulted by Reuters confirmed that they had received the money. Between the announcement and the confirmation, confusion settled in the markets, which were slowly testing the fertilizer. "The bondholders received coupon payments on sovereign bonds that Russia was supposed to make on March 16 in dollars," two financial sources consulted by Reuters admitted.

Thus, Moscow is currently managing to evade the specter of default, which in recent days has been planned for the country as a result of the financial suffocation that Western countries are trying to inflict in order to put pressure on their attack on Ukraine.

Putin's government was due to pay interest on Wednesday on two dollar issues listed on international markets, an amount that reached $117 million (about 106 million euros), and this is the first of a series of debt and principal payments made before May, which are approaching $3,000 million combined. However, until this day, the Kremlin itself was toying with the idea of not accepting the payment or doing it in rubles, not dollars.

Both options plunged the country into technical bankruptcy, as warned by Fitch, one of the world's largest credit rating agencies. "If Russia fulfills its threat and faces the payment of coupons in rubles on its debt issued in dollars, this will mean a sovereign default" at the end of the 30-day grace period, the firm said in a statement.

Faced with confusion in the markets, the Russian Ministry of Finance issued a statement on Thursday morning in which it announced that "a payment order for repayment of interest on bonds (...) with a total cost of $117.2 million (...) it has been implemented." The ministry said it had sent the funds to a "foreign bank" on March 14, AFP reported.

In previous days, the Kremlin has repeated several times that European and American sanctions are preventing it from paying off its debt, and even Finance Minister Anton Siluanov said earlier this week that Russia is forced to go to an "artificial default."

If this happens, default will take Russia out of the global financial system once and for all. De facto, it already has one leg as a result of international sanctions and downgrades that it has been accumulating in recent weeks. However, confirmation of default would prevent him from finally turning to investors in search of financing, which is not trivial, given the financial suffocation faced by the population and the country itself, since Western sanctions are spreading over time.