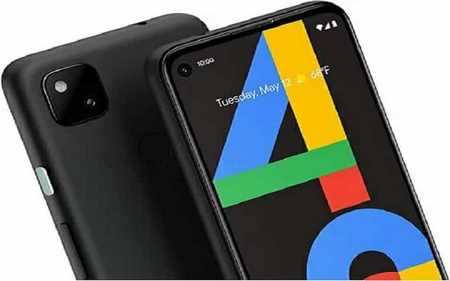 A convenient phone, where there is nothing superfluous.

I liked the Pixel series of devices: I took turns walking around with them, using them as an addition to the iPhone — I really liked the camera of Google phones. But for several years, a significant improvement in the world of Google Pixel has not happened: the company announced flagships at the end of the year, inferior in efficiency to competitors. But on the side of the Pixel, there has always been software, a high-quality camera and a certain uniqueness: in Russia, these phones are still not sold through official channels.

I wrote a review on the Google Pixel 4a six months ago, after testing, I did not leave this phone and continue to use it. It has a rare quality ratio: it is inexpensive (at least by the standards of the home American market, where it costs $349), it takes great photos, and it is also small.

My Pixel 4a gets regular big and small updates. Most often, security-related patches arrive, and installing monthly updates is a regular ritual. And so it will last until 2023, the cycle is quite long, taking into account the release of the smartphone in 2020. Then, most likely, you will want to change your phone to more recent one.

Regarding the stability and speed of the Pixel 4a is not bad, but I can not call it a masterpiece of optimization. Sometimes it starts to lag, applications sometimes do not switch very quickly, and Google Play can be a little dull. I won't say that these are just critical and terrible problems, but still, you expect perfect behavior from the creation of Google itself, and everything is not so smooth here.

The Pixel 4a features the usual Snapdragon 730, 6 GB of RAM and 128 GB of internal memory-all of which can be found at competitors and for less money.

I want to add the minimalism of the system to the list of advantages — no extra pre-installed software. However, in recent years, other manufacturers have followed this bright path, so here, in general, the work of Google and its partners to improve the situation is noticeable.

What other bonuses will get the phone-buyer by choosing the Pixel 4a? The smartphone is fast, but it's fair to say that for the same money in Russia, you can find a smartphone on more powerful hardware with no less high performance. This is true, but no one can solve the issue of regular updates and timely patches to fix system security problems faster than Google.

Plus, we get different interesting chips, which make up the user experience — well, or just fanaticism, when you love your phone and do not want to switch from it to another. For example, the built-in caller ID helps you fight spam calls and mailings. Or a pleasant vibration response-the sensations while using the phone are such that you can only regret that not every Android phone will please with such a response.

One camera, but a good one

I don't like the fashion of shoving a bunch of cameras into phones instead of making one normal one. Therefore, I respect Google for the fact that it managed to squeeze the maximum out of the old Sony IM363 module and software. I would be very surprised if the Pixel 5a will have the same module again — after all, it's time to go further and switch to a new-generation camera. In the current reality, the Pixel 4a produces an excellent image and can compete with the flagships, not to mention competitors from the same price category.

In order not to be unfounded, I will show you some examples. Below are the photos: on the left, the Pixel 4a, on the right, the iPhone 12 Pro Max. Immediately drops, because it's easier to show the differences.

The left frame is in cooler colors and less contrasting. But if desired, this is corrected in the photo editor. The main thing is that the details are all right:

The microphone grid is also a bit cold, the neutral color reproduction of the Pixel 4a-I don't really like it, so after shooting, I usually manually modify the frames. But again, all the small parts of the frame are kept intact:

The night mode on the Pixel 4a has severely removed the noise, but along with them, the texture of the wall is less visible. But the text reads more clearly:

The front-end on the Pixel 4a is much worse and loses out on the details completely:

The phone came out extremely unsightly and against the background of colorful Chinese smartphones with gradient iridescences, interesting textures and pleasant materials is no different. It is simple, impersonal, made of matte black plastic — as ascetic and modest as possible.

So I wanted to somehow decorate it, the choice fell on the native Google case. The accessory has a colorful pattern, the fabric is moderately coarse, if desired, you can even wash it, as stated on the package. I didn't try it, the case didn't get seriously dirty in a few months. The case is quite large, the Pixel 4a adds decently in size, but it also feels much better than without it.

I usually don't like cases, because you can't feel the coating of the case, glass or metal, but in the case of the Pixel 4a, you don't regret it at all. On the contrary, I want to dress up the phone in a beautiful case. I chose the Google fabric case, the accessory is very nice. Colorful, bright, tactile sensations are excellent. The case is worth a decent price relative to the price of the phone itself — about 5500 rubles.

As I wrote in the review of the smartphone, the operating time is at the level of 5.5 hours of the active screen. As for me, the result is good — the same amount is given by the iPhone 11 Pro or iPhone 12.

After a few months of use, the results have not changed, the indicators are still the same. I tried the Adaptive Battery function — it should in theory optimize the running time, but I didn't see much use in it, so I just turned it off.

There is no wireless charging in the Pixel 4a, but I do not use it in principle. There is no super-fast charging over the wire, it's just fast: 18 W, adapter included.

I know people who hate the word "phone" when you use it when talking about a smartphone. But in 2021, almost all phones are smartphones, and there are very few" non-smart " devices.

However, in a short period of time, both the size of the phones and the habits of users have changed dramatically. The mobile device devours time — no wonder they came up with restrictions at the system level, so that people do not disappear in social networks. A large screen is necessary for comfortable video viewing or working with documents, smartphones are used in the format of a mini-tablet.

In this regard, the Google Pixel 4a stands out from the general mass — it is small and convenient. Now, if it also had a case that was not made of the cheapest plastic, the price of the phone would not be.

Another thing is that in Russia, Google Pixel 4a is not officially sold and the purchase turns into a small quest. I think that it is still worth it, because small smartphones with this kind of filling are not made.

There is, for example, the iPhone 12 mini. It's cool, but it costs more, and not everyone likes iOS. Although there is already top-level hardware and this is a higher-level device. It's fair to compare the Pixel 4a and the iPhone SE, but if the iPhone is nicer in terms of materials, then the Pixel 4a will be more interesting in terms of working time, shooting quality and screen size.

I like the idea of this device as a simple and minimalistic creation, where there is nothing superfluous. For its $349 in America, this is an interesting option for a balanced and comfortable phone with a high-quality camera. In Russia, for 32,000 rubles, only large originals will buy it, there are few such people, but they exist.