What gadgets can track their owners? 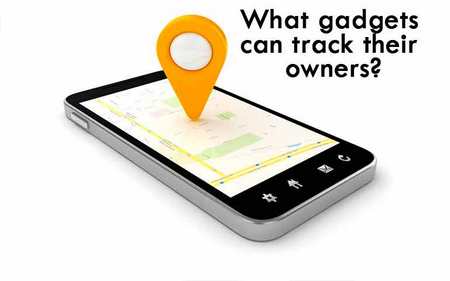 Almost everyone. The question here is rather who, how and why can access your data through these gadgets. Basically, any device - smartphone, watch, smart speaker, TV, webcam - is a data collection tool. So the main danger is mostly the applications that access them, and not the devices themselves.

Today, almost everyone knows the horror story that a smartphone is able to eavesdrop on conversations between people, even when turned off. Not so long ago, a journalist from one of the prominent American publications in her article told how she met her mother in a cafe and told her what sneakers she wanted to buy. The phone was turned off at that moment - but soon, in an amazing way, he began to give her contextual ads for sports shoes. Is this not evidence of surveillance?

Not really, scientists are sure. In 2018, a group of researchers from Boston's Northeastern Institute specifically checked the data that smartphones autonomously turn on microphones and even record offline conversations. They concluded that while it is technically possible, it practically makes little sense. For two reasons. First, such actions would lead to the accumulation of a huge amount of data for which no "clouds" would be enough. In addition, someone else would have to first translate the audio into text, and then analyze everything that was collected and discard the unnecessary. The second is that there are more effective methods of collecting information.

For example, 9 out of 17,000 Android applications analyzed by scientists not only had access to the camera, but secretly took screenshots of the screen and recorded videos, and then sent pictures and videos to third parties. For example, one of the food delivery applications recorded the daily activities of the owner of the phone, and then the company sold them to data analysts. Another program took screenshots of pages with zip codes and bank card details. And this is no longer a joke.

There are, of course, devices that automatically record audio - for example, it was recently revealed that smart speakers are guilty of this. They can be automatically turned on up to 20 times a day. But so far there is no evidence of any malicious use of them, and the specifics of their work are geared towards recording audio, so it's too early to panic.

There are three main groups interested in your data - scammers, advertisers, and authorities. In many cases, as you know, a person himself provides access to his data, allowing applications to interact with the camera, multimedia, contacts, and track location. A flashlight, for example, does not need access to the camera - only the flash. And if the program asks for functions that are not obvious to itself, this is a reason to take a closer look at it.

There are not many ways in which interested parties can obtain information about you. More precisely, there are many, but they can be divided into several main categories.

- Hacked Apple or Google accounts. By now, most of the data on smartphones running iOS or Android is tied to one of these two accounts and is stored in the iCloud cloud or Google Drive. There can be absolutely everything - data of all applications, including banking, contacts, photos, documents - and with the skillful use of all this volume of a person, you can either rob him to the skin, or competently "sell" it to advertisers.

- Access to metadata and location. Legal way. Such information is just the most useful for marketers - who was where, where he went, what standard routes he takes, what establishments and shops he visits. All this is an unparalleled field for targeted advertising.

- Installing adware or spyware. This is a classic variant - Trojans, simply accompanying small programs that covertly install along with others. Usually Google Play and the App Store try to keep track of such "double" applications, but sometimes they still skip. Rarely can you find simply fraudulent programs - a few years ago there was an example of an all-in-one banking application that promised to replace all programs of individual banks. It turned out that the application collected data on users' bank cards and transmitted them to the developers. There are also quite legal "stalker" programs, the popularity of which is growing. These are usually applications with parental control features. They are put on someone else's device - for example, their child, spouse or colleague - and then track their location, correspondence, any other activity like browser history. In fact, this is total surveillance. And under the innocuous pretext of parental control, such apps remain legal. At the same time, no one guarantees that the developers of this software will not be able to personally receive and use the data received from other people's devices. By the way, now parental control is provided directly by Android and iOS systems, and often there is no need for third-party programs.

- Using accessibility features. You need to be especially careful if the application, during installation, requests access to this tool, which allows people with disabilities to work with the system. Such programs have the right to independently enter text and click on buttons - the general list of functions is quite wide. Accordingly, rogue applications will have full access to your phone and all of its data.

Methods for collecting information can vary significantly depending on the specific device. Most of the above applies to smartphones, but there are other gadgets as well. For example, why are fitness bracelets dangerous? As it turned out, they may well give out the location of military bases. Even though all the data about the owners of such trackers was impersonal, you don't need to be seven inches in the forehead to understand why suddenly there were so many people exercising in the morning in the desert territories of the Middle East.

A separate topic is televisions. At first glance, it is also unclear what kind of data can be leaked here and who needs it. But here too, everything is not so simple. Televisions with Smart TV and, accordingly, Internet access, as a rule, today use a content recommendation system based on the user's previous views. Such systems are called ACR - automatic content recognition - and they are often really useful because they sometimes ease the pain of choosing a new movie or TV series. Only the collection of such data should take place with the voluntary consent of the viewer, and this is where problems arise. For example, in 2017, Vizio was fined $ 2.2 million in the United States for secretly collecting information about users of its TVs. There are studies according to which the majority of TV producers sent data about viewers' habits to Amazon, Facebook or Google. And Netflix was getting data even when the company's app wasn't installed on the TV at all.Moreover, many TVs use Android systems, in which you need to link your Google account to install applications - with all the consequences, such as subsequent targeted advertising on your other devices. Yes, and your TV can also be hacked.

The number of methods of "surveillance", or rather, tracking user actions, will become more and more. Gadgets are getting smarter, smart assistants, in order to make life easier for a person, more and more data is required, the same is required by the Internet of Things. So it remains only to come to terms with the fact that life is more and more immersed under a large "IT-cap". You just need to be more careful.