Which stocks are worth paying attention to this year? Tech Sector Leaders Overview 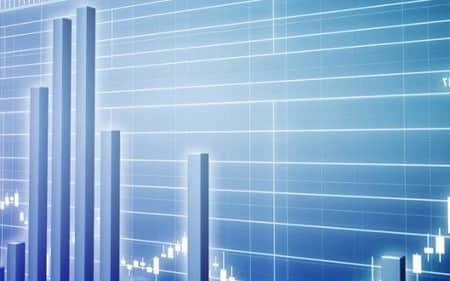 As the new year begins, market expert Matthew Galgani recommends investors take a look at some stocks in the technology sector. In addition to industry giants such as Tesla, the strategist's purchase list also includes a number of companies that only went public a few months ago.

According to the stock newspaper "Investor's Business Daily", tech stocks in particular could be worthwhile in 2022 - including one or the other well-known name. Some of the top picks analyst and columnist Matthew Galgani has been exploring for the portal ahead of earnings season starting soon include Tesla, NIVIDA, AMD, Microsoft and Alphabet. The selected stocks are strong growth stocks that are well ahead in the analyzes of the stock exchange portal. But the IPO trend currently dominating the stock exchanges could also pay off for investors. The expert recommends about three titles from newcomers to the stock exchange, whose trading start was only a few months ago.

Among the tech titles, Galgani sees potential in the shares of NVIDIA and AMD in particular. The two US companies produce processors and chip sets for computers and game consoles and are thus benefiting from the current shortage of semiconductor sets. At the Consumer Electronics Show (CES) technology trade fair, which took place at the beginning of January, the two companies also presented new graphics cards in the lower price segment. NVIDIA's  Powerful hardware is no longer necessary for the end user. However, the unclear outcome of the planned takeover of British chip developer Arm continues to have a negative effect.
With the Radeon RX 6500 XT, competitor AMD now also offers a cheap entry-level product. With a resolution of 1080p and high graphics settings, the new graphics card should offer up to 35 percent faster gaming performance compared to competitor offers, as AMD promises in an announcement. With a price of 199 US dollars, the chip manufacturer also undercuts NVIDIA's new entry-level card. The Radeon RY 6500 XT will find its way into retail on January 19th.

According to Galgani, shares in the tech giants Microsoft and Alphabet can also be worthwhile. The stocks are thus on the list of the best long-term growth stocks compiled by the trading portal. This is also reflected in the price development over the past year: Microsoft shares climbed 51.1 percent on the NASDAQ, while Alphabet titles rose by 64.6 percent. Most recently, the shares were priced in at USD 314.27 (Microsoft) and USD 2,771.25 (Alphabet) (closing price on January 10, 2022). The strategist is also hoping for further impetus from the publication of company figures for the fourth quarter of 2021, which are due in the coming weeks.

Galgani is also bullish for shares in the electric car manufacturer Tesla. Most recently, the price of the paper was driven by the news that 308,600 vehicles were delivered in the fourth quarter of 2021 - a new quarterly record. With 936,000 cars for the entire year, the E Group, under the leadership of Elon Musk, increased its delivery figures by 87 percent compared to the previous year. According to the analyst, the balance sheet for the fourth quarter and the entire 2021 financial year, which will be published on January 27, should also be positive. According to experts, earnings per share could have increased by 140 percent on a quarterly basis from $0.80 previously and by 169 percent on an annual basis from $2.24.