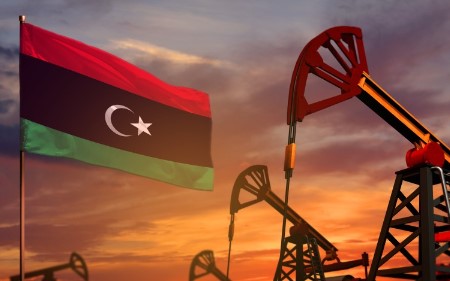 The National Oil Company (NOC) has raised the "force majeure" in oil fields and export ports blocked by the political crisis, after the change of the management team indicated by the Tripoli government.

The head of the oil closure oversight committee announced yesterday Friday a "resumption of production and exports" blocked by intermittent closures due to protests that led to a sharp drop in oil to 100,000 barrels per day in June.

The new chairman of the NOC, Farhat Omar Bingadara, took office last Thursday in place of Mustafa Sanalla, despite the fact that he objected to leaving the leadership because he did not recognize the authority of the National Unity Government of Abdulhamid Dbeiba, based in Tripoli.

Since February, Dbeida has been competing with parliament-appointed Prime Minister Fathi Bashaga, set up in the eastern city of Tobruk, which led to a new political split when tribal groups and demonstrators blocked the country's main export fields and ports.

Sanallah, who has held this post since 2014, accused the United Arab Emirates (UAE) - the leader of the country's eastern forces, Marshal Khalifa Haftar during the last civil war - of promoting an agreement with Dbeiba on control over Libyan oil and accelerating his resignation.

The General Electric Power Company is confident that force majeure will have a positive impact on the activities of the country's energy system, which has undergone significant interruptions during these months of the blockade.

Italy, through its embassy, welcomed the normalization of the energy sector, as well as the "intra-Libyan political dialogue" to promote a "consensus electoral roadmap with the support of the UN."

Oil is almost the only source of income in the country, and the NOC, the state-owned and only oil company authorized to trade, has remained relatively aloof from political disputes.

The Maghreb country produced about 1.8 million barrels a day before the overthrow of dictator Miamar Gaddafi in 2011, but since then its facilities have been attacked due to a consistent struggle for power.