Netflix Stocks: Should You Buy NFLX Stocks in 2022? 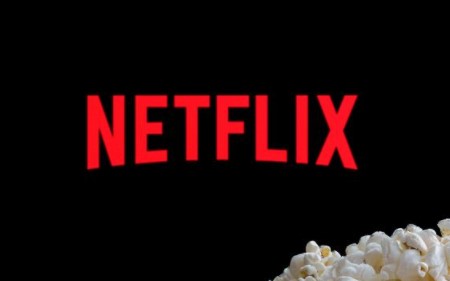 Netflix (NASDAQ: NFLX) is one of the few tech companies that not only managed to stay afloat after the dot-com bubble burst in the early 2000s, but also managed to reach new heights amid the stock market crash due to the coronavirus pandemic. .

Today, Netflix is the world leader in online entertainment content, and Netflix shares rose by 373% between June 2016 and April 2020!

Today, many are wondering if the golden age of Netflix is behind us, given the fierce competition in the online content market. Let's see if it's a good idea to buy Netflix shares in 2022?

Netflix stock: a brief history of the company

Netflix was originally focused on DVD rental, a competitive sector that was hit hard by the fact that at the time, not everyone had time to master online services.

During a period of financial hardship, Netflix approached Blockbuster Video, inviting them to pool their capital. Blockbuster Video rejected the offer, prompting Netflix to launch an initial public offering (IPO) in 2002 under the ticker Nasdaq NFLX, which ended up raising $82 million for the company.

Thanks to the emerging financial opportunities, the American company continued to develop a video rental service for computers, game consoles, mobile devices (smartphones and tablets) in addition to television.

Since 2010, Netflix has experienced impressive growth as a global company and rapidly growing subscriber base. Netflix currently offers online entertainment content in over 190 countries around the world. Ironically, the Blockbuster Video store chain went bankrupt in 2013.

Netflix's earnings have grown steadily over the past five years, reflecting the international success of Netflix's online services. In 2021, Netflix generated $29.69 billion in revenue, up 18.81% from 2020.
At the same time, Netflix's debt, which has increased every year, has decreased by approximately $1.1 billion compared to the previous year.

However, in its earnings report released in January 2022, the company predicted that its subscriber growth from January to March would be 2.5 million customers; that's less than half of analysts' forecast of 5.9 million. CFO Spencer Neumann said, however, that user churn was down from last year.

Results for the fourth quarter of 2021

In January 2022, Netflix released its results for the fourth quarter of last year.
The company's fourth-quarter revenue was $7.7 billion, in line with forecasts, with earnings per share of $1.33, well ahead of analysts' forecasts of 83 cents.

Although Netflix went public back in 2002, the company does not pay dividends to its shareholders. This decision was understandable, since Netflix was then a growing company that was struggling before entering the markets in 2010.

However, since Netflix is no longer a startup, and after the stock market's skyrocketing price since 2010, it's becoming hard to justify not paying dividends.

With new players entering the market who are firmly established in other sectors and already paying dividends to their shareholders, some Netflix investors may prefer to exchange their securities for those of competitors.

If you are investing in or trading high-growth stocks like Netflix, know that their golden age is coming to an end sooner or later. The question that will certainly arise in the future is how well the company's business model will prove to be able to stabilize sustainable growth.

In its field of activity, Netflix has strong competitors:

Netflix's competitors have significant financial resources, and Amazon, Apple, and Disney are active in their chosen field of activity. Online content or streaming is one way to diversify your source of income. In case they fail, they will not endanger their core business.

As we mentioned earlier, Netflix's initial public offering in the early 2000s did not generate much enthusiasm from investors. In addition, most of them disappeared from the market when the dot-com bubble burst.

It wasn't until after the mortgage crisis that Netflix's stock price began to rise. Company transition to work with content for digital devices (computers, smartphones, tablets, game consoles, etc.), as well as international expansion has borne fruit.

The company regularly increases the number of its subscribers due to the quality of its content - series and films - at affordable prices.

With the business rapidly accumulating subscribers who can unsubscribe overnight, Netflix must constantly invest in new content or it will be overtaken by competitors like HBO or Disney+.

The second problem faced by the company's financial management is the risk of a lack of liquidity, since expensive shares are more difficult to trade on the markets. Therefore, the management decided to reduce the value of Netflix shares on the stock market through a share split.

This split also resulted in a 7x increase in the number of Netflix shares outstanding, which increased its liquidity in the market.

Many people wonder why Netflix shares are falling? Due to high inflation levels, the conflict between Russia and Ukraine, the ongoing coronavirus pandemic, the uncertainty that has gripped the whole world has also entered the financial markets, causing increased volatility.

The stock price of Netflix, which soared during the pandemic, has fallen by more than 48% by the end of January 2022 from the level of record highs set in November.

However, given Netflix's regular earnings and some of the best content in the industry, the vast majority of analysts polled by MarketBeat advise buying or holding Netflix shares. It is worth noting that this is a very good time to buy NFLX stock as it is currently trading at just $360.