Sharp postponed the announcement of the aquos r6 smartphone 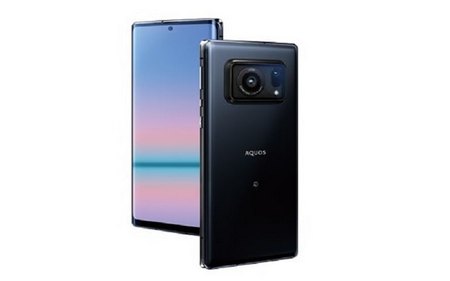 The event was scheduled to take place on may 10. it was announced a few days before, but refused the day before…

Sharp announced a few days ago that it will introduce a new smartphone on may 10. apparently, it should be aquos r6. However, as a result, on May 9, the event was postponed for an unknown period.

The appearance of the device can not but excite, the leaks show just a huge main camera located in the center, as well as a collaboration with none other than the legendary brand leica. most likely, the cooperation between leica and huawei will continue (but this is not certain), and aquos will still be sold only in asia. in any case, we will not know about the continuation of huawei's partnership with leica until june, when the announcement of the new huawei p50 is planned.

Aquos r6 will be an update of the aquos r5g smartphone, which received a 6.5-inch oled display based on indium, gallium and zinc oxide (igzo) with a quad hd+ resolution of 1440 by 3168 pixels. The screen also supports dolby vision and u-next hdr technologies. This device also received a qualcomm snapdragon 865, 12 gb of ram and 256 gb of internal memory.

The aquos r5g had a small 3,730 mAh battery. The smartphone also received ip68 protection from dust and moisture.

it is about the aquos r6 that almost nothing is known, but it is safe to say that the new device will receive upgrades and updates in all directions.