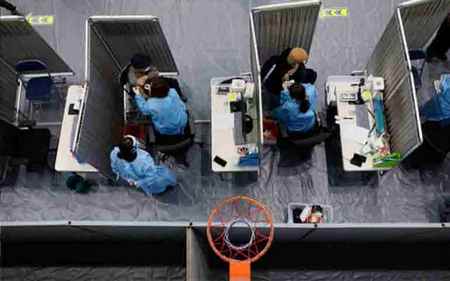 The Xiaomi fitness bracelet is a hit that gets more features with each new version. The Mi Smart Band 6 is even closer to perfection, with a bright AMOLED screen getting bigger and a noticeable increase in health-tracking features. The global version isn't on sale yet, so we snagged a device for the Chinese market. Is the fashion accessory good in business?

First of all, let's start by outlining the main differences between the Mi Smart Band 6 and the fifth version. The list is small, but serious:

The display is larger, and the frames around it are thinner;

The resolution of the screen has increased;

There is a function to measure blood oxygen levels;

Instead of the previous 11, the gadget now monitors 30 sports;

And, unlike its predecessor, it starts 5 types of workouts itself.

There are two versions of the Xiaomi Mi Smart Band 6 on sale - a regular one and one with NFC. The novelty has not yet been officially released in Russia, but it can be purchased at various online venues. The model with NFC came to our editorial office - the contactless module expectedly does not work in our country, and there is no Russian in the menu, there is only English and Chinese. Though, the 4PDA forum has already solved the localization problem - you can use the simple instruction.

It is interesting that the standard version without NFC immediately after turning it on works in Russian. This point is worth keeping in mind when buying the tracker in Chinese online shops.

The new bracelet is similar to the previous model: the screen with slightly curved edges, the same design, body thickness and weight. The Mi Smart Band 6 can easily be fitted with a strap from the fifth version and vice versa. The key difference becomes apparent once the tracker is activated: the display diagonal is now 1.56 inches - almost twice as big as before.

The manufacturer has completely abandoned the buttons, and almost the entire front panel of the device is occupied by a colourful AMOLED matrix. Small frames are present, but the novelty looks fresh and modern. The only thing that is a little confusing is the asymmetrical "chin" with a massive part. However, you quickly get used to it.

The screen is sharp - the pixel density is 326 ppi. It has excellent viewing angles and a high maximum brightness of 450 nits - even on a sunny day the information is easily readable. The display accommodates one and a half times more text than before, and the font is larger. Despite the temporary lack of official localisation in the NFC version, the fitness tracker is fully functional with messages in Russian. They come quickly and without delay.

There is no ambient light sensor - you will have to manually adjust the brightness when switching from light to dark surroundings. Another thing that is missing is the Always on Display function, which would permanently display the time. The screen has a maximum glow time of 10 seconds, after which it goes out and to reactivate it you have to raise your hand or tap on the tracker with your finger.

The strap is durable and feels good, thanks to the use of soft, hypoallergenic silicone. And thanks to the large number of slots, the bracelet fits on any wrist.

Because of the lack of buttons control is realized by swipes. To exit any menu item to the home screen, you have to swipe a few times from the left edge to the right. The Mi Smart Band 6 is faster than previous models. Much of the credit goes to the increased RAM and storage: instead of the previous 512KB and 16MB, the newer model uses 2MB and 32MB. However, the speed is still not ideal - menu flipping is not always smooth.

The bracelet has three new customisable watch faces. Thanks to the enlarged display, there's plenty to see: time, weather, heart rate, step count, PAI, calories burned and charge. The Mi Fit mobile app offers another 130 Watchfaces to download. Most look specific - they feature anime and computer game characters, various animals and toys. Sometimes there are informative ones, though, or with a nice background.

The Mi Fit's main screen is dedicated to tracking the wearer's physical condition and monitoring exercise. The second tab is dedicated to the social component - information on friends' activity. The third display gives access to the settings related to the operation of the bracelet. You can change the order of quick access screens, remove or add new ones. You can customize the display of notifications, sensors and more.

The usual functions of Xiaomi fitness bracelets are in place. There are music controls that work even with iOS, smartphone search, camera shutter control, alarm setting, reminders and other similar utilities.

Not a day without sport

Mi Smart Band 6 is the perfect companion for all active lifestyle enthusiasts. It tracks steps, calories burned, distance travelled, rest and heart rate throughout the day. The bracelet does not have GPS, but it is able to use this function on your smartphone. The accuracy of the measurements remains at about the level of the fifth version of the gadget - there are small errors during exertion, but everything is within the bounds of decency. There is also full-fledged water protection - you can swim, dive to a depth of 50 metres.

It's also equipped with a built-in pulse oximeter, which monitors blood oxygen saturation. A relevant option during a pandemic - theoretically it can diagnose complications from COVID-19 in the early stages. But it's worth bearing in mind that the Xiaomi bracelet is not a medical device, so you shouldn't rely entirely on its readings.

The tracker's sports functions include a choice of 30 workout modes, including the usual swimming and cycling, as well as more exotic options like zumba, pilates and cricket. And the bracelet has learned to automatically detect five types of activity: running, walking, cycling, elliptical and even rowing.

The auto-exercise function doesn't work as well as I'd like it to. When cycling, the Mi Smart Band 6 doesn't always know what to turn on the first time - it's easier to activate the appropriate mode manually via the menu. But the sleep monitoring options are a little more advanced. In the Mi Fit app, not only can you see a detailed report of sleep phases, but you can also see your breathing quality score - the bracelet calculates it based on blood oxygen levels.

Up to two weeks on a single charge

The battery capacity has not changed since version 4 - 125 mAh. But there are more sensors and modes, and this has a negative effect on battery life. If you enable 24/7 monitoring of all settings and sleep in the bracelet at night, the Mi Smart Band 6 will ask to be recharged in four days.

However, in a quieter rhythm, it lasts significantly longer. During testing, notifications were constantly received, steps and calories were counted, and at medium brightness, the gadget only monitored heart rate during exertion. Two active tennis training sessions of one hour each were conducted. In a week of such use, the bracelet only discharged 50%. Like the previous version, Mi Smart Band 6 got a convenient magnetic charging. The device is fully recharged in about two hours.

The capabilities of the new item have expanded noticeably - the screen size has increased, the hardware has been updated, which had a positive impact on the speed of operation. New workout modes and a blood oxygen sensor have appeared. That said, the Mi Smart Band 6 is still an inexpensive device that most users can afford. It's no longer just a vibrating on-the-arm accessory, but a serious health monitoring companion.

Our forum shares links to shops where you can buy the Mi Smart Band 6. Below are a few links with average prices on AliExpress, excluding promo codes, and the shops have been verified by users.